Setting the pace for the energy transition – two years of neoom

For two years now, neoom has been setting the pace when it comes to efficient energy systems in which hardware and software seamlessly interact. At neoomlive02 on March 31, 2021, we took the opportunity to look back on two successful years. At the same time, there was also a lot of talk about the future. What was clear to everyone at this hybrid event: the energy transition is within reach. Everyone in neoom as well as among our partners and investors is convinced of this. We at neoom have proven over the past two years that we are ahead of the market and work tirelessly to push boundaries. Especially when collaborating with partner companies, it is obvious that people are at work who share the same goal: to leave future generations a planet worth living on.

neoom finds itself in the fast lane. On one hand, this success is due to innovation and the necessary expertise. On the other hand, it is thanks to the enthusiasm and determination of the company and its employees that the vision of phasing out fossil fuels is within reach. “Decentralization is the be-all and end-all if we want to achieve the energy transition. Power grids are already overburdened with the increasing amount of renewable energy generation and need to be continuously expanded. In addition, the long distances result in energy losses and the risk of blackouts. Decentralized structures relieve the strain on the grid and allow producers to become energy self-sufficient,” says Walter Kreisel. He is convinced that decentralization is one of the big drivers of the energy transition. Together with rising prices for CO2 emissions, climate-neutral energy is becoming increasingly attractive.

In conversation with moderator Mathias Gruber, Wolfgang Wahlmüller from ÖSW explained how the large builder is currently addressing precisely this issue and is relying on neoom technologies to do so. Accordingly, ÖSW plans to produce solar power in the megawatt range in 2022. At the same time, NTUITY will play a very important future role in networking their numerous sites.

In keeping with the theme of networking and automation, Klaus Wurm, the sales manager of world market leader Beckhoff, was on hand to explain why NTUITY, as a manufacturer-independent, transparent, future-proof platform, is the ideal partner for the hardware of the German automation technology specialist. He identified the shared innovative power of both companies as a common driver. Sebastian Wagner from software giant SAP then demonstrated the great potential of NTUITY’s software interface to software solutions, e.g. in the area of e-fleet management and billing, and the future cooperation between the two companies.

Philipp Lobnig, CFO of neoom provided one of the big surprises of the evening with the presentation of Impact Invest. The goal of the new company division is to significantly lower the threshold for entering renewable energies. To this end, neoom is now also offering financing through Impact Invest. In the future, neoom will buy and install systems that are operated by customers. The return on investment is then shared between the customer and neoom. While in the short term this model is likely to be of particular interest to B2B customers and public operators such as municipalities, the offering is also aimed at end consumers in the medium term. The first projects will already be realized this year – this is facilitated by Austria’s pioneering role in the field of renewable energies. In addition to a high degree of smart meter expansion, a number of important political measures have recently been taken, such as the Renewable Energy Expansion Act (EAG).

In line with this, Dr. Magnus Brunner, the State Secretary from the Federal Ministry for Climate Protection, Environment, Energy, Mobility, Innovation and Technology, spoke in a video message. He emphasized the great importance of PV and storage expansion and, in particular, innovation for the success of the energy transition. He made it clear that the environment and the economy are not contradictory, and praised the fact that many innovative companies like neoom are already pioneers in this important field.

Finally, in the Future Talk moderated by Brutkasten Co-Founder Dejan Jovicevic, it was down to the nitty-gritty: Co-Investor & Member of the Board Rudi Hilti, Christian Pillwein from Beckhoff, disruption expert Markus Petzl and neoom Co-Founder and CEO Walter Kreisel exchanged views on the future of the energy transition.

All participants agreed that storage technology is pivotal to the success of the energy transition. They also expect that the market will continue to liberalize steadily, favoring new business models. Thanks to increasing decentralization of power supply, the boundaries between electricity producers and consumers will become increasingly blurred – they will become prosumers. The tight integration of software and hardware will be important for this development. As an example of such disruption, the experts cited the development of the smartphone and connected app stores, which have fundamentally changed our lives and created the basis for a host of other innovations and business models. The panelists agreed that the way we look at energy will fundamentally change. It will be ubiquitous and taken for granted, and possibly even free at some point.

Alongside our employees, it is our partners in particular who make a significant contribution to the great corporate success of neoom. To give proper tribute to this fact, the neoom Partner Awards were presented in three categories for the first time as part of #neoomlive02. Susanne Koch and Patrick Knotz EPI accepted the award for Newcomer of the Year 2020. Hannes Haider from SOLARier, a veteran and true pioneer of the industry, received the award for Performer of the Year. Finally, the prize for the most innovative project was accepted by Markus Unger from the Marchfeld-based company ETU.

Finally, product designer and architect Ben Elmecker and Walter Kreisel provided interesting insights into an exciting construction project on the outskirts of Freistadt: the Free city. This is a wooden building which, thanks to neoom’s support, features numerous structural innovations and will in future house the neoom world, the new company headquarters of neoom.

As in the previous year, DJ Jörg Schräder brought the birthday party to a musical close. We would like to thank all involved helpers, partners, guests and spectators. See you next year at #neoomlive03! 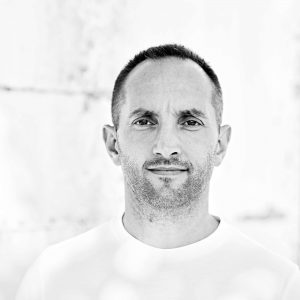 "We are convinced that when it comes to the topic of sustainable energy production and use, results must be seen as soon as possible. That's why we've been giving it our all for the past two years. At the same time, we have taken the milestone of our second birthday as an opportunity to set ourselves new ambitious goals," says Walter Kreisel, founder and CEO of neoom."